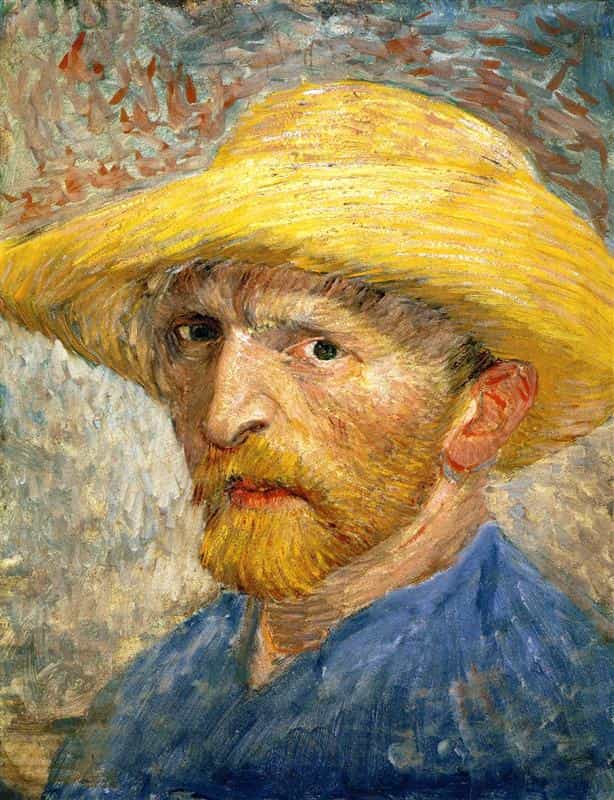 It is quite a conflicting task when asked to choose the famous paintings of Van Gogh. The artist with the severed ear, eyes that saw the turbulent nature permeating everything, and the painting that could capture the magic or the pain he felt, every work by the artist has something unique to offer and making them a contender for this list. But with difficulties comes beauty and here is a list of some of the most famous paintings by Vincent Van Gogh.

It would be wrong not to mention that a vial-amount of personal inclination may have seeped into the selection of the paintings. But rest assured all these paintings create magic in the eyes of the viewers just as the magic Van Gogh used to create these paintings.

The monetary value, though mentioned occasionally, has not been a deciding factor while making the list. The merit is based on the visual value, a factor where none of the paintings by Van Gogh lack. Let’s start the list.

Painted during the final days of his life, Portrait of Dr. Gachet shows a man resting his head on his hands and hands on a table, slightly slanted and permeated with the characteristic Van Gogh waves and swirls.

Dr. Paul Gachet was the doctor who took care of Van Gogh in his final days. Perhaps a faint attachment led Van Gogh to paint his image. One thing viewers may notice is the striking similarities between Van Gogh and Dr. Gachet. The fiery orange hair, pale skin and dressed in blue. You are not wrong in assuming so, because even Van Gogh said in one of his letters to his sister; “…so much do we resemble each other physically and also mentally.”

While the price was not a factor, it is worth noting that Portrait of Dr. Gachet was sold for over $82 million, making it the most expensive painting in the world at the time of its sale.

The Starry Night is the painting that defined Van Gogh’s idiosyncratic style. The beautiful blue backdrop of the early morning hours (yes, contrary to the night in its name), The cypress tree in the foreground, village house taking the lower part of the painting and of course, the star of the show, the stars in the sky makes this painting look like a world of fantasy, a magical place.

One thing that not many people notice is the resemblance of the waves Van Gogh put in the sky to the waves in Hokusai’s The Great Wave off Kanagawa. It is like Gogh chose the air to represent the waves and the stars as the main subject of the painting. Van Gogh was deeply inspired by Japanese artists, especially Hokusai.

Imagining a cold, cloudless Parisian night filled with stars and a warm cafe in the middle of the night, grabbing a cup of coffee, and lost in some musings about life, the Cafe Terrace at Night is what I imagine. The beautiful convergence of the warm yellow light and the cold deep blue backdrop transports you into this painting, making you feel what it would feel to sit there.

Van Gogh knows how to use blue and yellow to create a dynamic in the painting, bringing the painting alive. Also, notice how light seeps out onto the cobbled streets mixing beautifully with the bluish tones. Cafe Terrace at Night is one of those paintings that makes you wanna keep looking at it.

Wheatfield with a Reaper

A painting by Van Gogh where we don’t get to see a lot of blue tones and yes, even Van Gogh wasn’t very happy working with the yellow shades. The wheat has the characteristic swirly pattern indicating that it is the subject of the painting. The overarching sky has a tone of yellow and green while the mountain in the distance has the familiar blue color.

What makes this painting famous is what Van Gogh thought of it. In the beginning, he said he did not like working with thick, yellow, and terribly impasted subjects. And then he saw the reaper and things changed.

He saw the reaper working hard under the sun, reaping the produce. The concept of death came to his mind, comparing humanity with the wheat. How death is not sad and there’s more after it. We know that he killed himself in a nearby wheat field, perhaps the same he painted here.

Perhaps this the only painting in the list that has so many colors and shades in a single frame. The asylum where Van Gogh admitted himself had enough things to inspire the artist. Some of Van Gogh’s greatest works of art came from this very asylum. Gogh said that it was his art that kept him sane. Irises are one of those paintings.

The unique thing about this painting is the shade of purple and blue in each petal of irises has a different shade. Van Gogh used green, purple, blue, brown, yellow, and orange in the right amount to keep the painting populated with flowers but also ensure that the subject gets the most attention.

Starry Night over the Rhone

The captivating colors of the Cafe Terrace at Night and the binding magic of The Starry Night all have branched from this painting. Van Gogh wanted to paint something with the night sky filled with stars. And he finally found a spot to give his mind the inspiration he needed.

The magic of Van Gogh’s blue and yellow is doubled here as the blue sky captures the attention with their yellow, spotty stars while the deep blue water of the river Rhone reflects the warm, yellow lights in wavy streaks. The magnificent view transports you to the time and place where Van Gogh once stood.

Self Portrait with Bandaged Ear

There is a long story about this painting, so long that it needs a separate article of its own. Don’t worry, we have already written it and I’ll link it at the end of the article. The painting shows a timid Van Gogh staring at the viewers with a bandage over his temple. He had severed his ear a few days before this painting was made.

Why did he do that? A fit of rage, an uncontrollable impulse, a desire to free oneself resulting in self-mutilation. Whatever was the reason, the painting shows Van Gogh timid, realizing what was taking over him, how his madness was leading him to do mad things. Look at the eyes and see the fear of hiding underneath, the fear of self.

Road with Cypress and Star

The cypress tree is an element that is frequently seen in Van Gogh’s paintings, along with the yellow stars and the deep blue skies. Started with The Starry Night over the Rhone, Van Gogh said this was his last attempt at making a star painting.

Instead of making the tree large and dark, he made the entire painting large to increase the field of view. Capturing the sky, stars, moon, the road, fields, and the cypress tree, he created the balance while keeping the color of the tree light. For me, the brush strokes make the painting more beautiful.

So these were some of the most famous paintings by Van Gogh. If you liked this article, how about reading some more? Here are some related articles that you should read;

August Macke became the driving force of Rhenish Expressionism through his highly progressive ideas in the 20th century. He was a member and founder of Der Blaue Reiter – a group of talented German expressionists.  Like the members of the group, Macke’s subject of choice was the beauty and innocence of nature surrounding him. He… 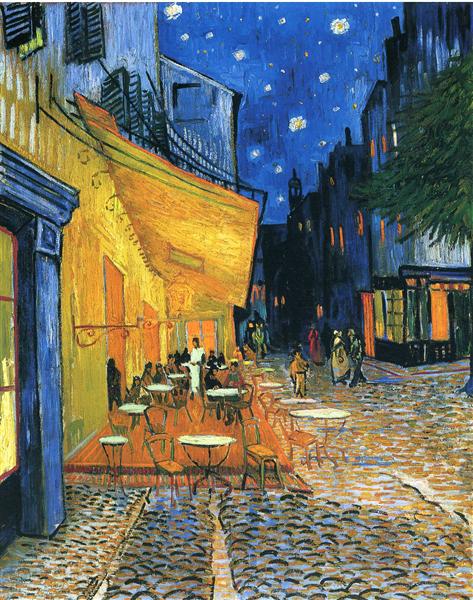 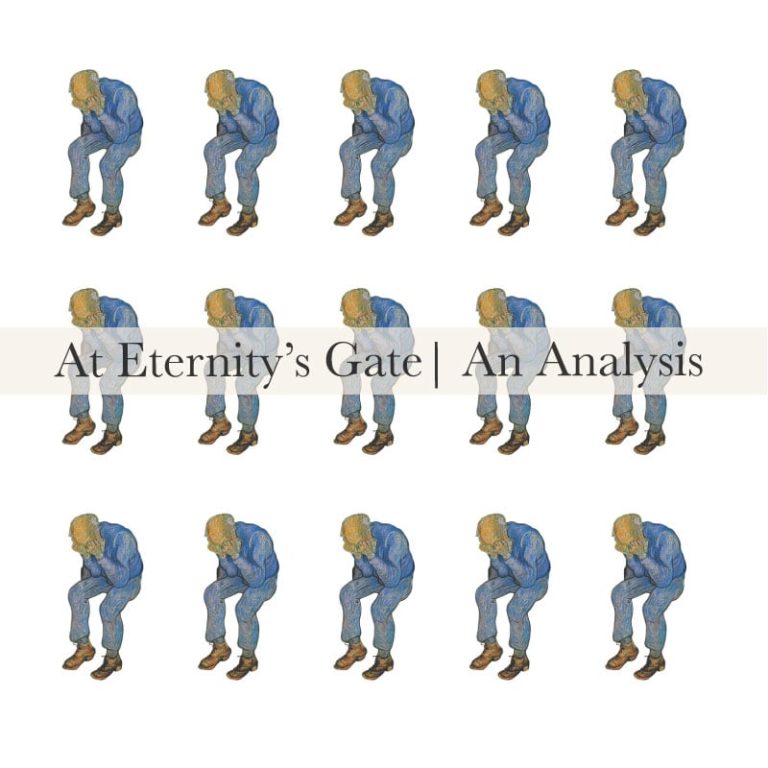 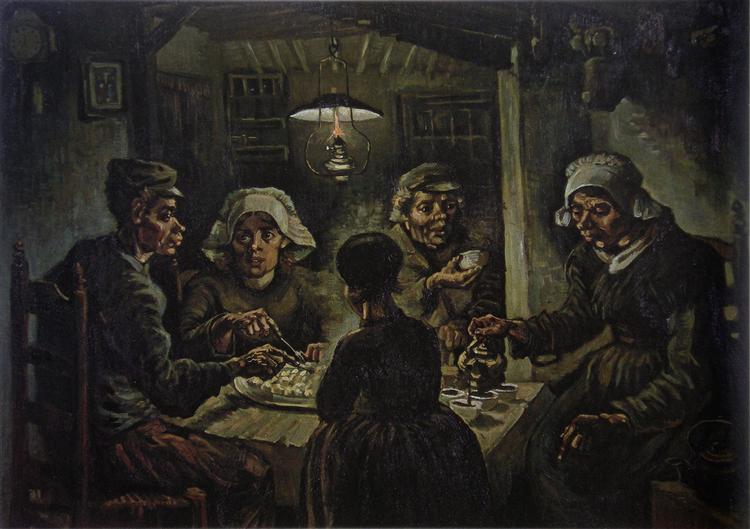