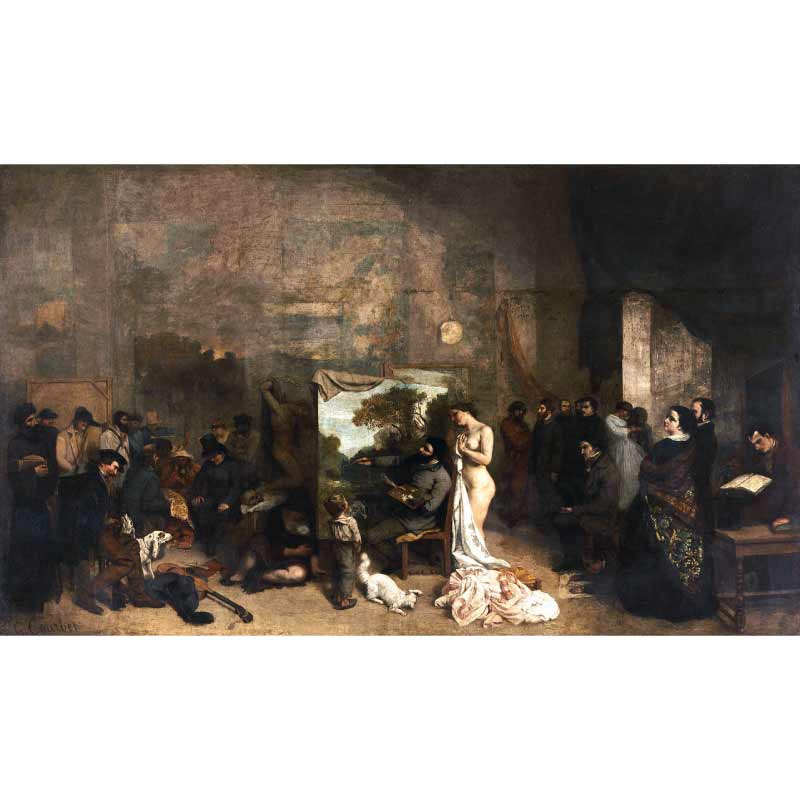 At a time when nudity in art was considered vulgar, Gustave Courbet boldly expressed his unfiltered views on the world through the canvas. In his painting “The Painter’s Studio” he depicts his voluntary decision to center art around realism in a symbolic manner. Through this piece, Courbet depicts a gradual change in his career from romanticism to realism. All the events, people, and experiences that have led up to the artist’s “present” have been beautifully represented in “The Painter’s Studio”.

Very few museums in the world can display such a large canvas perfectly. The Painter’s Studio is almost 12 feet tall and over 19 feet in length. The painting is in one of the best museums in France, the Musée d’Orsay.

Apart from “The Painter’s Studio”, Musée d’Orsay has a collection of 48 other Gustave Courbet paintings. This collection includes “A burial at Ornans, The Wounded Man, and also one of Courbet’s most controversial – “L’Origine du monde”

About The Painter’s Studio

The original French title – The Painter’s Studio by Gustav Courbet.

As is clear, the title of the painting has a sub-title. The subtitle may be translated as – “A real allegory summing up seven years of my artistic and moral life”. This extended title tells us that “The Painter’s Studio” is not merely a self-portrait. It may be better described as Courbet’s autobiography on canvas. The word “real” and “allegory” may seem quite oxymoronic but it holds as much meaning as the painting itself. Courbet call’s his life both real and symbolic. The contradiction between the two words is an allusion to the various conflicts, tensions, and contrasts we experience in life.

His use of such opposite words further affirms his freedom and individuality. The people in the painting are obviously not actual people who have been in Courbet’s studio, but rather representations of the various influences that shaped his life and career.

Courbet was invited to display his work at the Universal Exposition of 1855. While 11 of his painting were accepted, the jurors rejected “The Painter’s Studio”. Courbet then decided to withdraw all of his paintings to display them in his personal art exhibition. The exhibition was rightly named the “The Pavillion of Realism”. Even though the exhibition did not receive the response Courbet expected, it sure made its mark in the art world.

The Subjects in “The Painter’s Studio”

Courbet uses a life-size painting to us a very “realistic” feel of his life experiences. In the center of the painting is the artist’s self-portrait. He paints a landscape while the world revolves around him. Before we analyze the subjects of the painting, let’s take a look at Courbet’s intentions with “The Painter’s Studio”:

“All I have tried to do is to derive from a complete knowledge of tradition, a reasoned sense of my own independence and individuality”

Thus, Courbet paints a product of objective knowledge and subjective experiences through this piece. The emphasis on individuality and a demonstration of freedom is exceedingly provocative.

The Landscape, Child and The Woman

Courbet is being closely observed by a child while a naked woman stands behind him. This landscape is a representation of his hometown where he grew up situated in Ornans, France. The canvas is positioned such that it frames Courbet’s self-portrait beautifully.

The child looks directly at Courbet, wearing wooden clogs and torn clothes Looking directly at the artist, this child stands as a representative of several aspects of the his life and realizations. This young boy symbolizes a blank slate, re-birth, and novelty. His poor attire points toward the difficulties of life. The child in a way illustrates Courbet’s endeavor to unlearn the rules of formal art and also the hardships that come with this bold change. To learn and unlearn it is necessary to have a fresh perspective and a child-like curiosity. The cat at the child’s feet displays playful behavior. This might again be an allusion to Courbet’s expression of freedom and individuality, free of judgment.

An idealized embodiment of the female body was a very common theme in romantic art. However, Courbet has always believed in a realistic portrayal of beauty even if it doesn’t match the academy standards. The naked woman in this painting is a reflection of raw and unfiltered beauty. She stands behind Courbet and represents the latter part of his life which is about to begin.

The Shareholders, Friends, and Art Lovers

Toward his right, we see the artist’s friends and colleagues. He described this group as follows:

“On the right are all the shareholders, by that I mean friends, fellow workers and art lovers”

Not all of these people belong to the art world but have influenced Courbet’s career regardless. Some of these people have been recognized by art historians. We see Champfluery and Charles Baudelaire, a writer and an art critic who believed in the constant development of art. We see artists like Alfred Bruyas and even politicians such as Pierre-Joseph Proudhon. Standing closer to the viewer are a couple of wealthy art collectors. Courbet adorned the lady’s shawl beautifully with glimmering embroidery to showcase her wealth. Most of these portraits are reiterations of Courbet’s earlier works or have been copied from photographs.

The Other World of Everyday Life

The left side seems a lot busier and darker than the right. Courbet described these people as follows:

“On the left is the other world of everyday life: The masses, wretchedness, poverty, wealth, the exploited and the exploiters, people who make a living from death”

The above statement in itself has the potential to instigate a political controversy. The most recognizable figure is a poacher with his two dogs. This poacher is an embodiment of Napolean the Third, the ruler of France at the time. His get-up as a poacher symbolizes political thievery. In the shadows we see a woman sitting on the floor, dressed poorly, feeding her child.

Near her head on the right, we see a skull. The skull is a popular “memento mori” or a reminder of death. Above this is a mannequin often used by artists to study anatomy for their paintings. However, Courbet never used it because he was a proponent of realism. The mannequin is in the position of crucifixion which symbolizes the death of idealized beauty. On the extreme left, we also see a priest who might have influenced Courbet’s religious beliefs and in turn his art. At the foot of the poacher there we see some miscellaneous items. These items are namely a guitar, a dagger, a hat, and a shoe that symbolize romanticism.

From the analysis, it is clear that these people in his life not only influenced his art but also him as a person. He expresses his freedom by showing us a view of the world from his own eyes no matter how controversial it is. Courbet expresses individuality by creating something that has never been seen before.

If you look closely, the studio’s wall serves as a large background for the people in Courbet’s studio. The background is a large painting that has been partially painted over. This painting resembles one of his past works titled “Farmers returning from the market”.  He then covered the background with a reddish-brown preparatory color because he was unable to complete the painting before time ran out. It resulted in the paintings that were only partially completed remaining largely visible. The incompleteness in turn makes it even more realistic.

Courbet as an artist does not only create but also translates his work according to his subjective perception. He empathizes with his audience and paints a mirror on the canvas. The context of the painting is primarily the importance and power of individual expression that was largely taken for granted at the time. This turn of art toward realism is what opened doors for today’s contemporary artists who can now express themselves more freely.

The Desperate Man by Gustav Courbet: Beauty Emerging from Agony 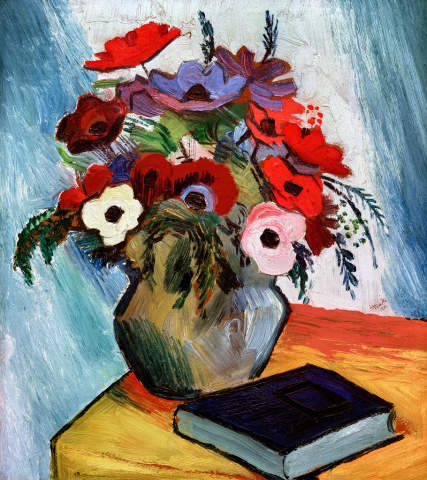 August Macke became the driving force of Rhenish Expressionism through his highly progressive ideas in the 20th century. He was a member and founder of Der Blaue Reiter – a group of talented German expressionists.  Like the members of the group, Macke’s subject of choice was the beauty and innocence of nature surrounding him. He… 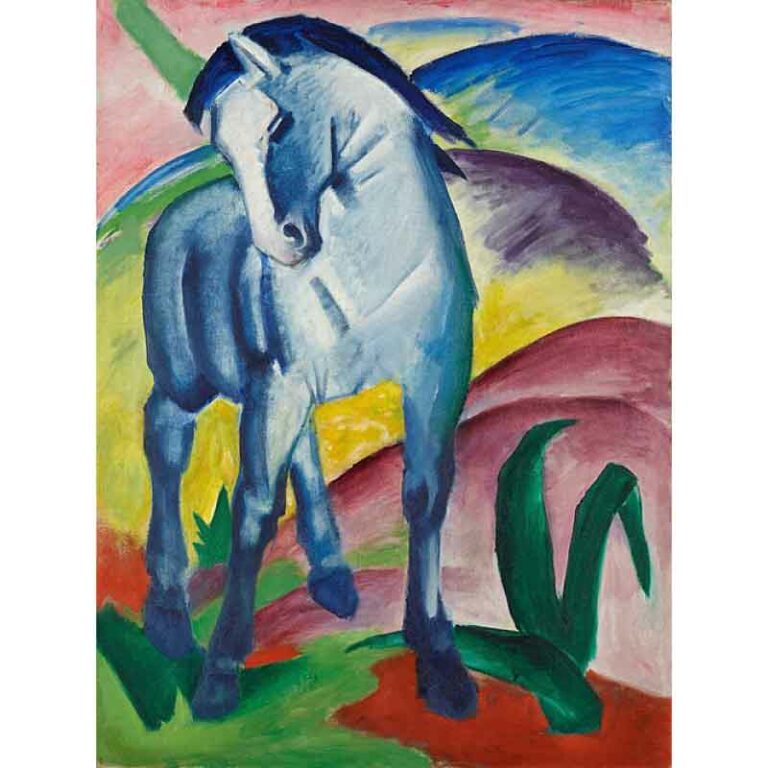 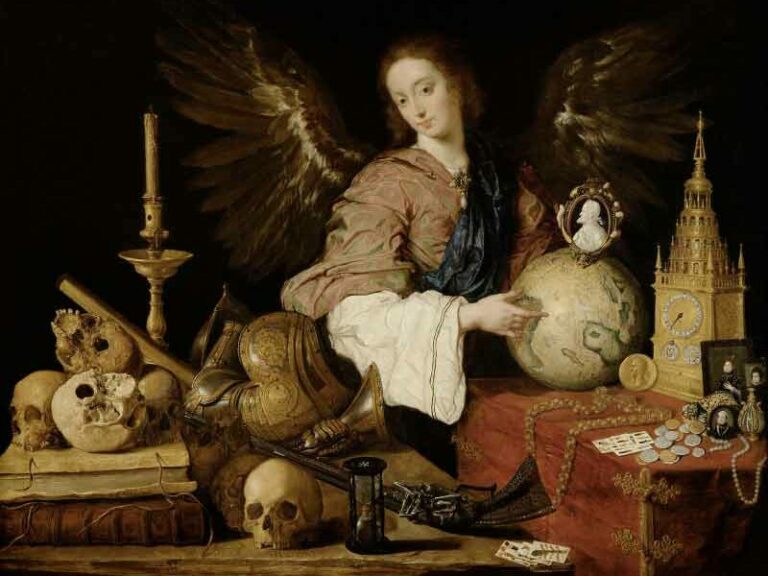 Vanitas is a form of Dutch art characterized by realism, symbols of mortality, and life’s futility.  The term ‘vanitas’ is a Latin word that refers to vanity or the impermanence of worldly pursuits. Vanitas paintings became an important subtype of realistic art during the 17th century. This new subsection of realism emphasized the symbolism of… 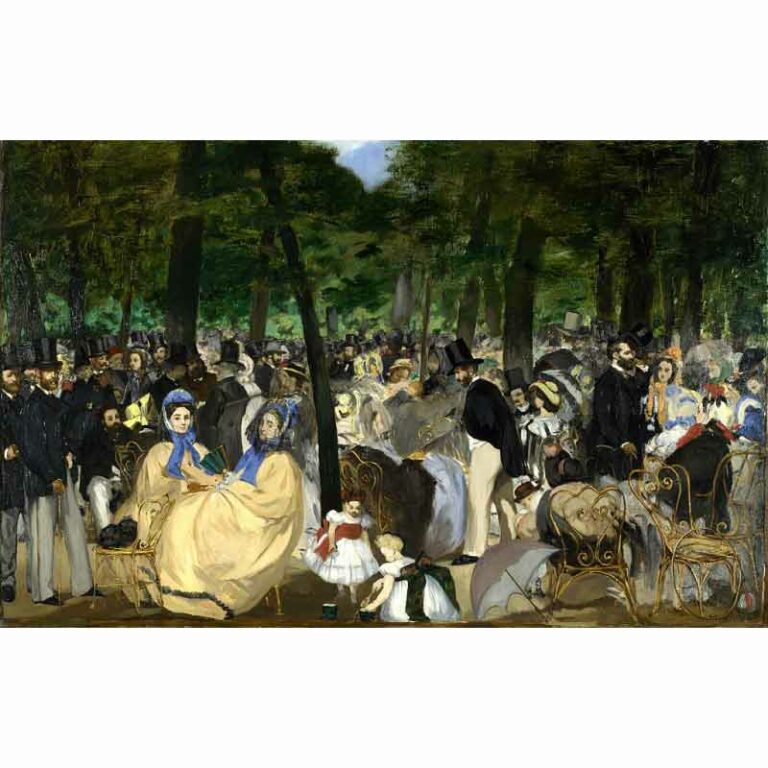 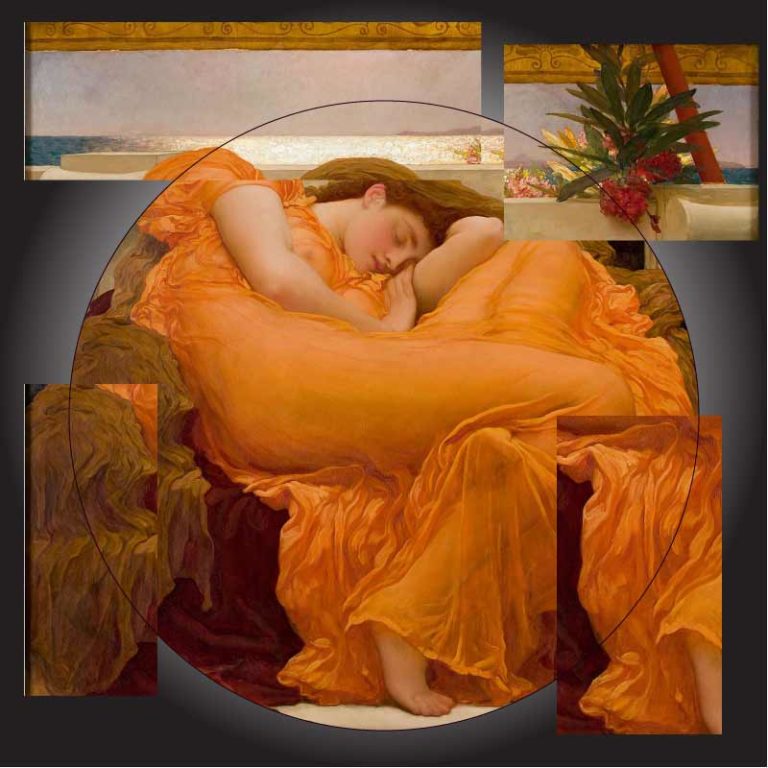